READS OF THE YEAR 2015: STEPHANIE GREEN 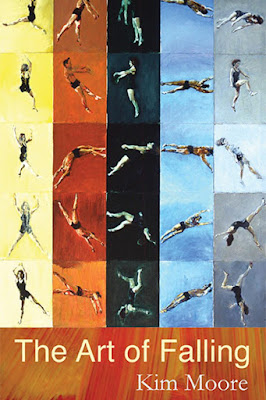 Kim Moore’s The Art of Falling is from the gut, as you would expect from someone who comes from a line of scaffolders, plasterers and carers ‘… people who swear without realising they’re swearing…The women of my people are wolves.’ Grounded in reality, these poems also veer into myth. There’s a song-like feel to her poems, with repeated refrains, a hint of liturgical cadences. Her musicality is no doubt because she is also a musician, a trumpeter to be precise but her skill is not only rhythmic. I love the clear image and physicality of:

I say: imagine you are drinking a glass of air.
Let the coldness hit the back of your throat.’
(From ‘Teaching the Trumpet’)

She also has a wry sense of humour:

followed by a list of increasingly heinous trumpet crimes and curses. This humour is all the more surprising given the shocking revelations in the central section: ‘How I Abandoned my Body to his Keeping’:

The title is beautifully apt: ‘falling’ works at several levels: the literal dangers for scaffolders, the need to let go of restraints:

if I could rub my scent along your shins to make
you mine, if a mistake could be followed
by instant retribution and end with you
rolling over to expose the stubble and grace
of your throat…
(From ‘If We Could Speak Like Wolves’)

and also the vertiginous experiences on the edge where the self is at stake. A brave, life-affirming, lyrical debut which well-deserved to be shortlisted for the Aldeburgh first collection award. 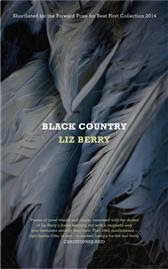 Liz Berry’s ‘Black Country’ is brave in another way: many of the poems use Black Country dialect bringing a grit and energy to dull standard English:

vowels ferrous as nails and consonants
you could lick the coal from.
(From ‘Homing’)

I must declare a bias here as my husband hails from the same area and I can hear in Berry’s poetry the voices of my in-laws. She also display the same vitality, sense of humour and generosity of spirit. But apart from my personal bias, these poems are exceptionally skilled; she has a fine-tuned ear and sense of rhythm, varying the colloquial with the lyrical or even folk-song refrains. Her range is wide: evoking both the urban landscape and work, or lack of it: ‘cuts’ (canals), cobble streets, the factory hooter and women’s piece-work, but also individuals such as cheeky teenagers and girls ‘chappin it’ (on the pull), revelling in sensuous sex often in gluttonous terms, with a gloriously earthy sense of humour:

There’s a darker undertow of victims, ‘lost girls’ where sex and death are equated, the wonderful ballad-like but sinister canal poems ‘The Black Delph Bride’ and ‘Gosty Hill’ but also charming, innocent poems remembering her days as a primary school teacher, ‘Miss Berry’, and tender poems to her own baby in the womb:

I can almost hear it now: that first cry –
a raw thread of sound spooling through winter
to stitch our lives together.
(From ‘The Night You Were Born’)

This collection is “right bostin fittle” (“great gut-busting food”). It is not surprising that this collection was also shortlisted for the Aldeburgh First Collection prize. 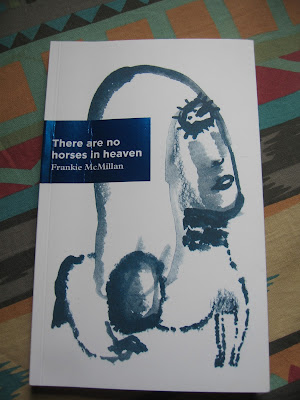 There are no horses in heaven, by Frankie McMillan (Canterbury University Press, NZ, 2015).http://www.cup.canterbury.ac.nz

The most startling poetry book I have read for years is There are no horses in heaven by Frankie McMillan. She has a genius for titles: ‘On finding a gun in the long grass’, ‘Observing the ankles of a stranger’ or ‘In the corner of my mind, a boy’ and also for first lines: “When he fell off the wagon”, “She had always wanted to lay a man/ down in the spire of a cathedral” or
“The thing is…”. A colloquial voice, no nonsense Kiwi draws you in, then hits you with unexpected juxtapositions or half-way through takes a surprising new direction:

My father the oceanographer
knew the language of whales
yet tripped over the sound
of his own name…
“blubber he said
now there was a word to make you weep.”

The last line, despite its humour, is no less devastating.

At times the imagery is surrealistic but always concise, yoking two ideas together like John Donne:

The travelling corsetière
understands
the geography of breath
and blow hole

But these poems are also deeply moving as in ‘The glass slipper was only half of it’:

and when she left on the next train to Berlin
he slept among the sand dunes
breathing soda lime
before he took up his apron, his leather hood
and began to make his glass dress
from memory he knew every shadow of her limbs.

Sadly this collection is not available in Britain. I was so knocked out by the stunning quality of these poems, I actually paid the rather expensive postage to get a copy from NZ. That shows how much I had to have this book. And if that doesn’t convince you how good she is, you must Google and find out for yourself. There’s quite a selection online.

Posted by Stephanie Green at 15:59 No comments: 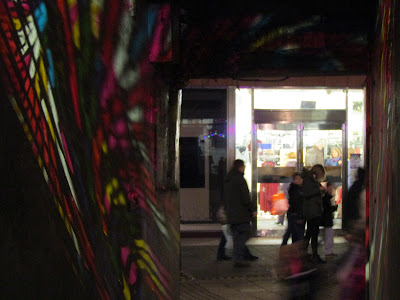 Wish I could have been there.  But my voice was. So pleased a recording of my poem 'Light' has been part of the Dumfries Dark Closes project,  organized by Wagtongues writers' collective as part of a  Celebration of Light on 30th November:

'mesmerising interactive light installations  run in three of the town’s closes of the High St. These will each be accompanied by a soundscape of original poetry and prose from Scottish writers reflecting the themes of illumination and the senses.'    (Wagtongues)