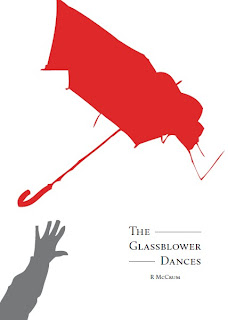 Stewed Rhubarb, started over late night discussions, fueled by ginger wine it is rumoured,  hit the scene with this pamphlet - but many more have followed over the year, often launched with  rhubarb-coloured or rhubarb flavoured beverages -  publishing the best, spoken-word/performance poets around in Scotland.  After this, I'm sure they'll be bombarded with submissions from all over.

Meanwhile, the poet, Rachel also gets to go to the Harvard Center for Hellenic Studies in Greece, visiting ancient ruins, and attending academic talks on literature, myth, history, archaeology etc all to promote Scottish/Greek cultural relationships.    Maybe some mythic poems will result. As Lady Marks said in her speech, Lord Byron started it all off.

Oh, as I've mentioned in previous posts, I'm a bit of a fan.  The fact that James is my son may have something to do with this but great to see it's not just his mum who thinks Stewed Rhubarb is great.
For more about them, and pix of more covers:
See http://stewedrhubarb.org
http://www.nls.uk/about-us/awards/2013-callum-macdonald-memorial-award
The 2013 Shortlist:


Posted by Stephanie Green at 10:08 No comments: