And Another Thing Poetry Can Do

A preview of 'Flout' by the publisher:

AND ANOTHER THING POETRY CAN DO

is take you places. I mean real geographical places.
I’ve never been to the Shetland Islands but in the last few months I’ve published two pamphlets that took me there.
First there was Laurna Robertson’s Praise Song....

No, I have never been there. But I have been. And again in Stephanie Green’s Flout, I am back. No wonder people are drawn to the Shetlands, as Stephanie has been, a non-Shetlander: half Irish, half English, living in Edinburgh, but drawn to the islands again and again, their landscapes, their language, their gale-force winds


Veering up the voe, swirling round the salmon-rings,
ripping out the mussel strings,
skerry-skooshing,
toft-tearing,
rock-wrenching gale.
Imaginary, mythic characters, larger than life, attractive and scary, loom eerily (the Njuggle and the Trowie, for example). But most of the all it’s the lonely landscapes that call, the far northern places where the poet encounters herself. In Steekit Stimna ‘Only the intense blue / of lochs, the long voes, / skies so pale they are transparent.’ And in the Keen of Hamar, at her feet, mysterious tiny plants, ‘a galaxy / of frog orchids, mouse ears, / moonwort, sandwort, sea plantain’.
Where else but the Shetlands could you juggle with place names like ‘the Peerie, the Muckle, / the Mid Heads o’ Yesness’, ‘the Kirn o’ Scroo’, and ‘the jagged fins of the Slithers’?
But all countries have that mystery of names, their curious rootedness. Something in place names calls to you, even when you have no idea where you really are, even when you’re just visiting on a poetry page.
Posted by Helena Nelson on Sunday, 22 February 2015 in NEW HAPPENSTANCE PUBLICATIONS (HappenStance)
Posted by Stephanie Green at 09:41 No comments: 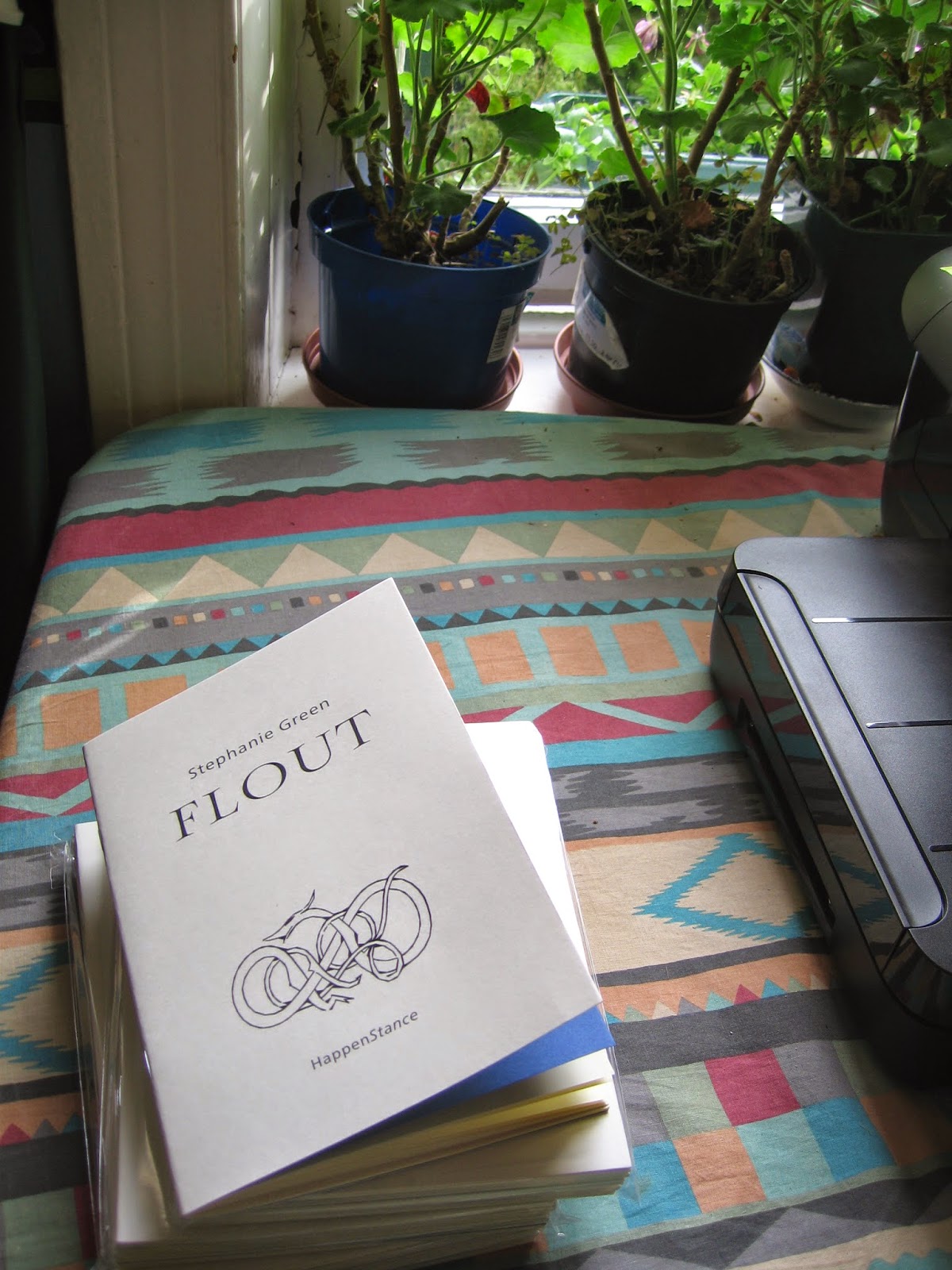 I'm thrilled by the front cover designed by Gillian Rose, especially the characterful wee dragon or I should  say 'peerie' dragon since this book is inspired by Shetland.  It's a Norse/Shetlandic design and I do have a Stoor Worm,  a mythic dragon, in one of the poems!

Looking forward to its launch at StAnza - 6th March, 2015.  See  StAnza Border Crossings Event
Please do come, if you can.  If not, copies can be bought via  Happenstance .

Posted by Stephanie Green at 15:01 No comments: