'How I wrote 'To a Humpback Whale'. Poetry Wales interview.

Stephanie Green: How I Wrote ‘To a Humpback Whale’

So the first few stanzas grew to a joyous Hallelujah, a dramatic climax describing the breach. And then things went horribly wrong.

To a Humpback Whale

It has taken me years to be able to write a poem about whales: not pitting myself against a  monster as in Melville’s Moby Dick but some sort of encounter expressing awe.  However, somehow everything about whales was too vast, too overwhelming to grasp.

I’d been to Nantucket (off which Moby Dick was hunted) on our honeymoon in 1989 but we did not go on a whale-watching boat trip as we were broke and people said it wasn’t guaranteed to see a whale. My obsession with whales really started when I visited Shetland in 2010 and on many visits thereafter. Everyone seemed to have seen a whale, but not me.  (I’ve written in my poem ‘Unst’ (in Flout)  about not seeing them, but still believing, knowing they were there.)

I read everything I could find  –  nonfiction books, the most interesting being ‘Among Whales’ by Roger Payne and Kathleen Jamie’s essay in ‘Sightlines’ but I wanted the experience not just the information. I watched videos online by whale researchers, including the pilot whale massacres on the Faroes, the waters turning red and documentaries about the whale gutting stations in Antarctica. The horror, the gore, the cruelty, all necessary for us to face up to, is not what I wanted to say. Many others have written about this. In Assynt I saw a dead fin whale washed up on the shore.  We had to approach upwind as the stench was so revolting. All attempts to describe that experience seemed OTT.  No, I had to see a live whale in all its glory.

Determined to finally achieve this, a few years ago (before covid) I went to Iceland’s Húsavík, the northern ‘capital’ of whale-watching with its many tourist ships. The experience was mega exciting and I did see several flukes flipping up and smacking the water, and ‘blows’ which were surprisingly not like the fountains one sees in pictures, but rather disappointing like brief vapour trails. The nearest I got to seeing a breach was on a video a couple showed me they’d taken the day before. Some of the tourist boats encircling the whales and closing in on them made me feel uneasy. It seemed too much like harassment, and another form of hunting.

But strangely, it was in the atmospheric Húsavík Whale Museum, which I highly recommend, that I really began to feel I was getting close to whales and understanding them. A large corrugated iron warehouse-like building on the outside, but inside dim lighting and cetacean skeletons suspended from the ceiling made me feel I was walking on the floor of the ocean looking up at these shadowy creatures.  Throughout the museum came a haunting cry, the ‘echolocation’ and I followed it to its source – an underwater video of a whale swimming vertically upwards with its calf swimming by its side.  It was the adult whale’s eye, still bright though sunk in rings, that transfixed me. It seemed so sorrowful, appealing to me as a mother too, rather than judgmental for all the evil and cruelty humankind has done (and continues) to do to whales.  I know this is all my imagination.  All non-human animals are ‘other’ and unknowable (who can read a cat’s eyes?)  but with whales, their huge size, the depths they can sink to, the gulf is almost but not quite impassable.  Being mammals, they seem very much like us, almost cousins.

The catalyst for writing my ‘To a Humpback Whale’ was reading Cal Freeman’s poem ‘Epistle to a Dray Horse’ (The Moth, Issue 27, Winter, 2016) in which there’s a ritualistic chant of ‘Dear…’ repeated several times addressed to a part of his subject’s anatomy or other aspect.  Hence my ‘Dear blubber..’ and so on. Earlier drafts had more ‘dears’ in.  My crit group thought I was overdoing it but I wanted the feeling of a prayer of praise.  I did not copy his title word ‘Epistle’ as I wanted to be more intimate.  The word ’blubber’ is so hilarious it led to my ‘glorious obesity’. I wanted to be playful – thanks to workshops with Jen Hadfield where she’d overcome the self-doubt I had been experiencing by encouraging us to just have fun and play with words.  Seeing a whale breaching is a joyous, playful experience.  Also I’d heard Gillian Clarke say all poems should have a ‘Howl or a Hallelujah’.

So the first few stanzas grew to a joyous Hallelujah, a dramatic climax describing the breach. And then things went horribly wrong. Determined to cram in everything I knew about  whales: their immensity, the depths they can go down to, the annual trawl between Atlantic to the Antarctic or Pacific and back again,  the sound of their echolocation travelling for hundreds of miles…and even their extraordinary evolution from land animal with hooves like a sheep or deer, to transformation into the sea-mammal we know. The poem was dead. Poems are not Wiki info dumps my husband, my first reader, so rightly said.  So all of that came out again. (Some of it for other poems?)

I needed to focus.  I wanted a Howl as well as a Hallelujah. At last I decided on the main issue concerning whales:  their imminent extinction if humankind continues its reckless treatment of the ocean. So the celebration should be followed by a lament, not a rant.

This last verse took the longest to write, many drafts over 2-3 years.  I did not want to spell it out, but leave the reader to work out why the calf was motionless and I hope the realisation that it is dead comes as a shock.  But at the Seamus Heaney Summer School I attended, some students wanted to know precisely what had killed it. So I spelt it out. But in a subsequent workshop with Jen Hadfield she convinced me that the info should be omitted: poems should not explain themselves, corroborated by yet a further workshop with Genevieve Stevens. So in this final version, I hope it is intriguing enough to throw up many ideas in the reader’s imagination so that the poem and the fate of whale calves resonates long after the poem has been read and perhaps will inspire readers to do their own research on whale calf deaths.

The word  ‘hanging’ I left surrounded by white space so that the verse structure visually echoes the meaning.  I also omitted a full-stop at the end of the last verse  intentionally so the poem too is left hanging.

I once saw a video of Picasso ‘drawing’ with light – the creature suggested in one sweep, no going back or corrections. This is the effect I hope I have achieved: a dramatic sweep from joyous start to devastating end, as if all written in a spontaneous outburst, no hint of the years of thought, work and rewrites that actually went into it.

Stephanie Green’s poetry pamphlets are ‘Glass Works’ short-listed for the Callum McDonald Award, 2005 and ‘Flout’ (HappenStance, 2015).  ‘Berlin Umbrella’ a poetry/sound collaboration with Sonja Heyer launched in Berlin, 2018 and at StAnza in 2020. She lived in Powys for 13 years before moving in 2000 to Edinburgh where she is also a Dance critic. www.stephaniegreen.org.uk/

Posted by Stephanie Green at 13:39 No comments:

Ziphius in the Honest Ulsterman

(Inspired by a mythological sea-monster on the Map of Ortelius,1590,

into a white wimple and black veil

haunting the dark waters of the dormitory.

her beads, teeth clacking on bones,

as she rocks back and forth.

Behind her back, we snigger at the hairs

on her chin, her Irish accent, the way

because she doesn’t understand.

Only fit for laundry and night-time supervision,

she glides down the rows of our beds.

to the corridor to stand shivering and sweating.

Her face in mine. Eyes bore into me.

She swipes my head with the back of a hairbrush

as if scouring the bristles off a hog

and it’s all my fault. 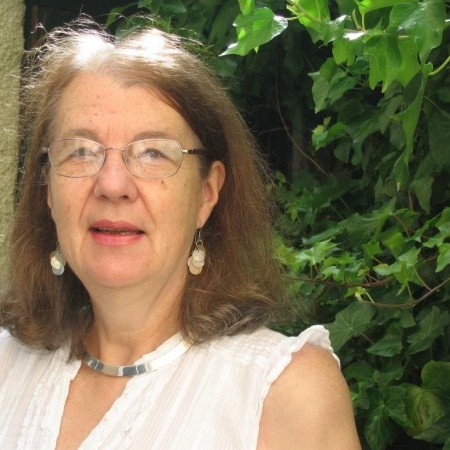 Stephanie Green is English/Irish, with a BA in English from Trinity College Dublin (1970) and MPhil in C/W from Glasgow University (2004). Her poetry pamphlets are ‘Glass Works’ (Cat’s Pyjamas Publications, 2005) shortlisted for the Callum McDonald Award and ‘Flout’ (HappenStance, 2015) launched at StAnza. ‘Berlin Umbrella’ poetry/sound walk, a collaboration with Sound Artist, Sonja Heyer launched in Berlin in 2018 and at StAnza, 2020. In 2020 she participated online in the Seamus Heaney Centre Summer School. She lives in Edinburgh and also reviews Dance. www.stephaniegreen.org.uk/ 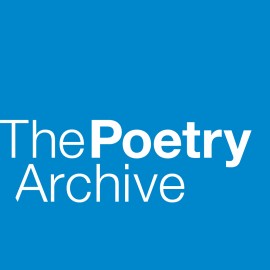 Tracey Guiry on the Poetry Archive and the Obsidian Collection.

The House Next Door 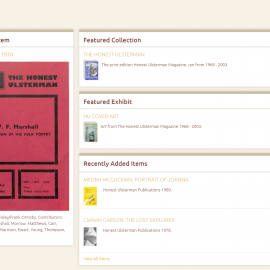 Posted by Stephanie Green at 17:30 No comments: