Days 1, and 2 and 3 : Tears and Laughter at Poetry in the Persian Tent 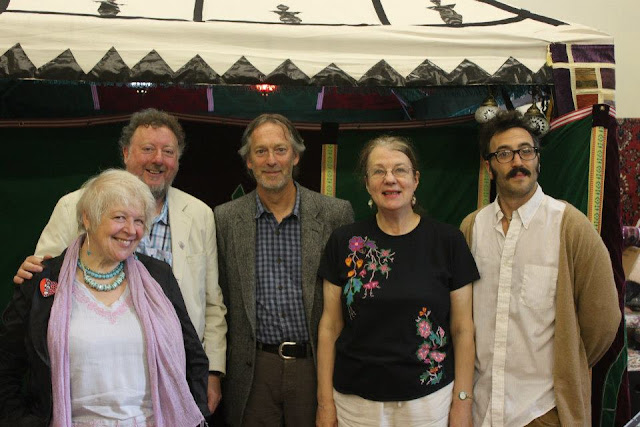 An amazing three days of events have gone by like a wonderful dream.  Each day has had a distinctive feel and been amazing in its own way. Day 1 had a great mixture of voices:  John Glenday's meditative poems a great contrast to Ryan's edgy, Kinda Blue, my own poems inspired by Shetlandic landscape and  Liz Lochhead's variety of moving and funny poems, ending with her hilarious  'ootloud' poem 'Men Talk' (Women natter, chatter) which was her BBC Poetry Slam entry the night before (I think some of the younger contestants got a shock not realizing Liz was a seasoned Performance Poet star in her Art School student days)  before she dashed off for her own Assembly Rooms performance - what a trouper! 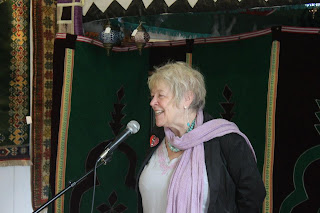 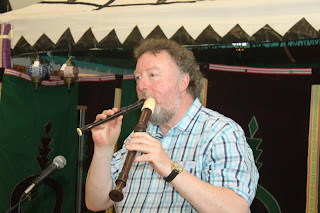 John Sampson on crumhorn, a cow's horn and several instruments in his mouth at the same time (see photo) lifted the whole event  by his staggering virtuosity. 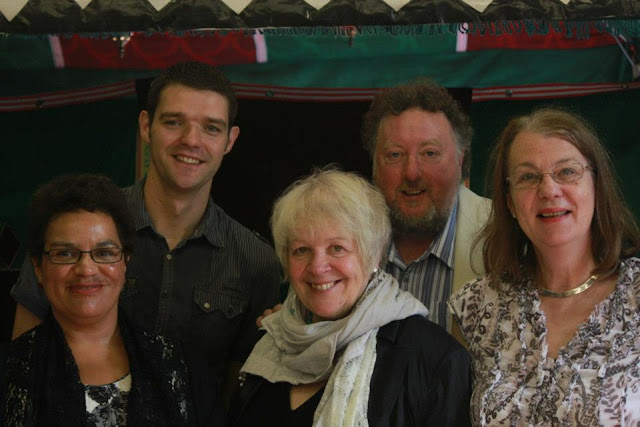 Day 2 had  a disappointment in that Helen Mort had to cancel but Liz stepped in to help with a longer slot so we were treated to a greater variety of her range.  Liz and Jackie Kay, both terrific performers, both brought the house down.  I had tears in my eyes from Jackie's moving poem about her friend, the poet, Julia Darling's death, how friends are still in our memories, and are only finally dead, when we are. Then later tears of laughter from her uproarious 'Ma Broon has Colonic Irrigation.'  Not the usual subject matter in a church hall! Hey, it's a Persian Tent for the duration. 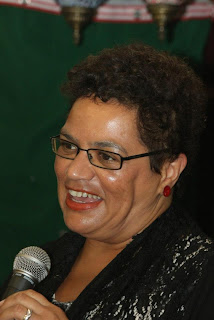 William or Billy Letford was as stunning as word had said.  He recites by heart poems of great directness and strength with an equally no nonsense, strong delivery, about the world of a roofer, a life of hardship and work.  The integrity and moving simplicity of his poems knocked me out.   What a privilege to hear someone who is the real thing, so talented, at the beginning of what will surely  be a great career. His first collection, published by Carcanet, was  launched the day after our event, so we also had the pleasure of a sneak taster. 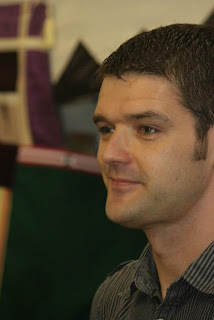 A disappointment was a message from Lise Sinclair, fog-bound, with no planes able to land or take off from Fair Isle but John Sampson, the hero, stood in and gave us another amazing series of flourishes and tootles.

Day 3 a rainy day added atmospheric sound effects from outside, whilst inside the half-notes and close harmony of some mournful Bulgarian and traditional songs from 'Just Voices' were perfect as an introduction to a less uproarious than the day before, but evocative and lyrical poetry of Patricia Ace, Jane McKie, with the seemingly gentle but  fierce, visceral bite of Vicki Feaver's. 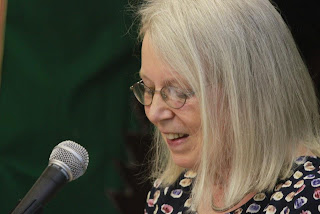 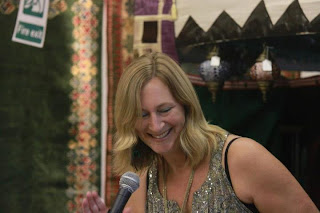 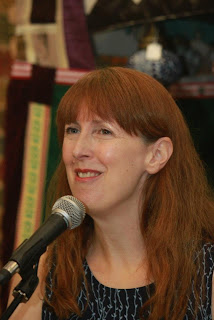 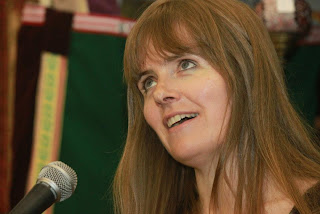 A wonderful surprise was Lise Sinclair's appearance - fog finally clearing from Fair Isle - and we were treated to a sample of evocative poetry in Shetlandic followed by her song about her daughter being taught to spin by her own father, the child's grandfather.

More Photos and articles on our Facebook Event page  Poetry in the Persian Tent
http://www.facebook.com   Scroll down to Press Officer, James T Harding's entry with link to the Photo Collection and articles in The Skinny and Broadway Baby.