Sense of Place Renga at Botanics 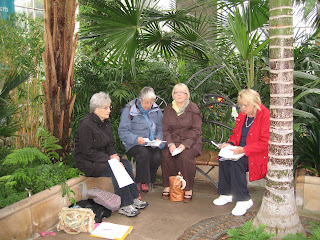 Being the end of term session of my Sense of Place course, why not a sociable, collaborative Renga - linked haiku-like stanzas and since rain might not be far away, we took shelter in the Temperate Palm House, a 19th c magnificent conservatory in the Royal Botanical Gardens. Some even ventured out into the gardens, braving potential fall-out of volcanic ash.

I can't say we followed a very strict interpretation of Renga - we kept to the spring/early summer season we are in and used the direct experience of the place. And I ducked out of the role of Renga Master - much more interesting for the students to take it in turns to organize and reorganize the resulting sequences and savour the differing results.

It was fun and maybe we reached a zen place. The soup and rolls in the cafe were good too.

Posted by Stephanie Green at 12:44 No comments:

Save our Libraries protest rumbles on 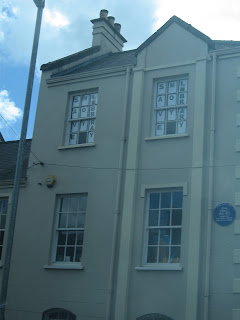 Over in Moy, Northern Ireland, visiting relatives, the first thing I noticed driving into the town was this depressing appeal to 'Save our Library' in letters blocking the window panes.
A typical scenario - small town with much loved library catering to those without cars who cannot drive miles away to the big library they intend to save in Dungannon, and in fact, which the council has spent a fortune revamping. Great. But now it seems, this is at the cost of all the little surrounding satellite town libraries.

http://www.tyronecourier.uk.com/articles/news/19377/new-chapter-in-fight-to-keep-moy-library-open/
Posted by Stephanie Green at 07:59 No comments:

Labels: Save our libraries

Happy birthday to Brendan Kennelly who is 75 this year.

My favourite poet, former lecturer at Trinity College Dublin and first mentor. The force be with him for many more years of beautiful, sometimes controversial and moving poetry and his naughty sense of humour.

Listen to his melodious voice on the poetry archive http://www.poetryarchive.org/poetryarchive/singlePoet.do?poetId=202
Posted by Stephanie Green at 12:31 No comments: 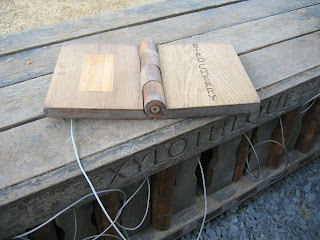 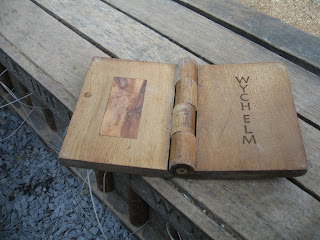 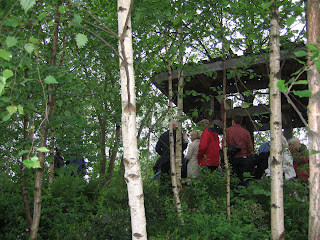 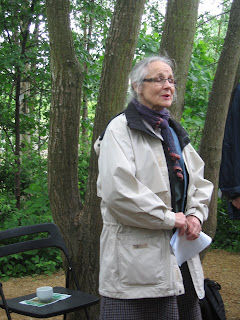 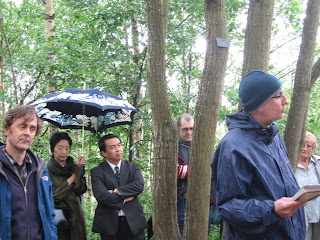 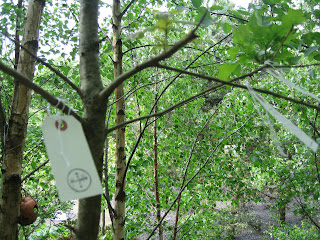 To read the poems, see http://theroad-north.blogspot.com
and Ken's blog: http://www.kencockburn.co.uk
Posted by Stephanie Green at 09:05 No comments: